Auraria Campus, CCD’s main location, is in the heart of Denver and within walking distance to downtown, Larimer Square, the 16th Street Mall, LoDo, the Denver Pavilions, Colorado Convention Center, and the Denver Center for the Performing Arts Complex. The Auraria Campus is also just minutes away from each of the following: Broncos Field at Mile High, home of the Denver Broncos, Coors Field’s Colorado Rockies, the Downtown Aquarium, and Pepsi Center, which is home to NHL’s Colorado Avalanche, NBA’s Denver Nuggets, and NLL’s Colorado Mammoth, as well as a hub for concerts and other events throughout the year.

CCD’s Health Science educational programs are located at our Lowry facility, which borders Aurora and Denver. The Lowry location includes CCD’s dental hygiene program, which houses a community dental clinic as well as the veterinary technology program, which also has a clinic that serves the public.

With a valid campus ID and on-campus class schedule, CCD students can pick up an RTD CollegePass in the Tivoli Student Union, which includes unlimited rides on local, express, and regional services on bus and light rail. 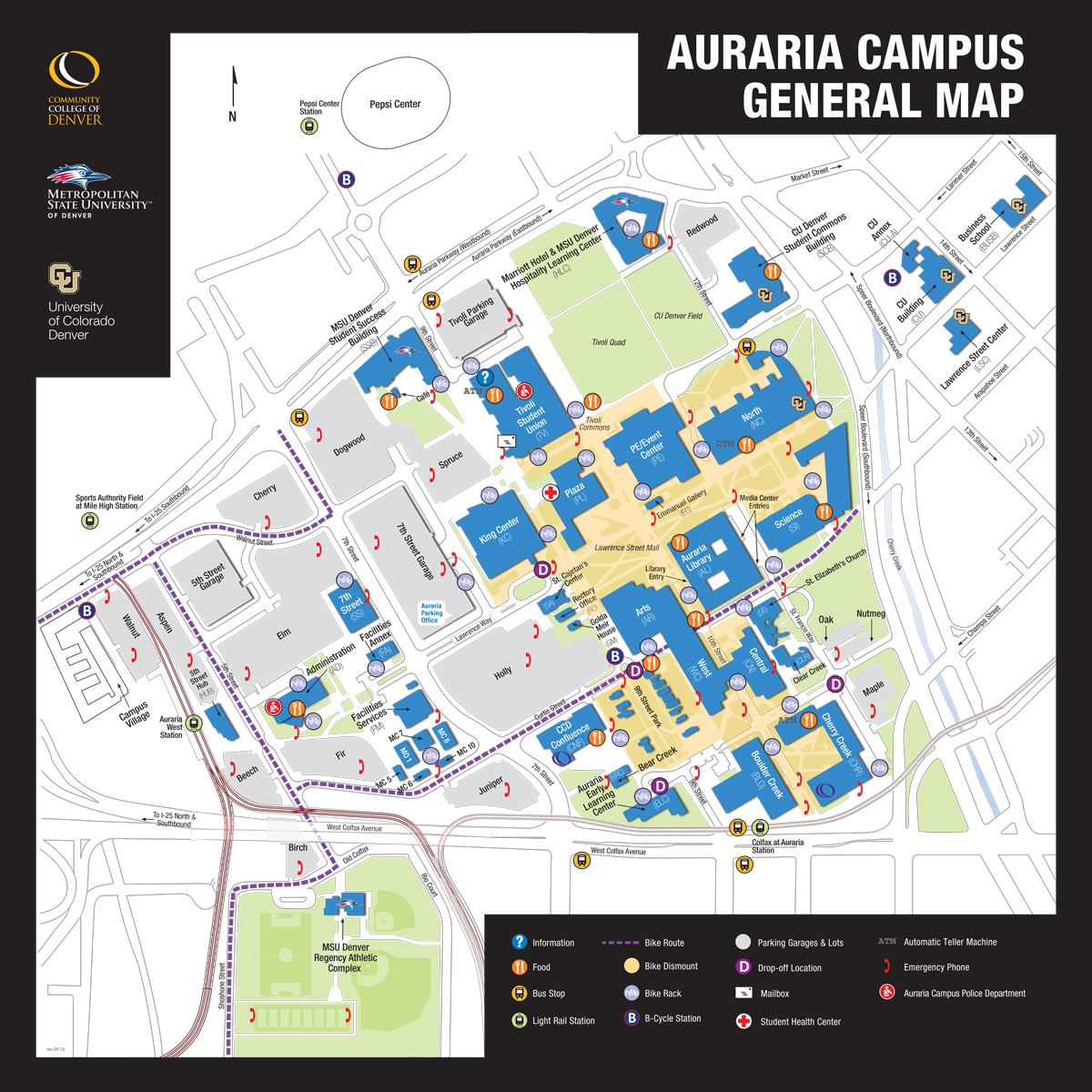 The PDF will include all information unique to this page.

All pages in Academic Catalog.